Like Microsoft, Apple has its own office suite for its OS Mac – iWork. Just like MS Word, Excel and PowerPoint, it consists of word processing software (Pages), presentation software (Keynote) and spreadsheet software (Numbers). We will be getting some basic idea about Numbers today.

First of all, let’s see how this spreadsheet application of Mac looks like. 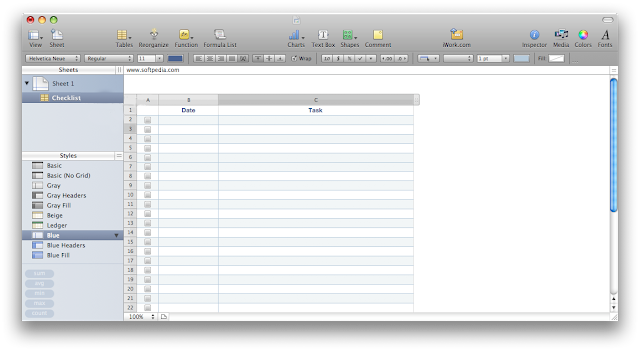 Now let’s go through some unique features of Numbers and see how similar/different it is from MS Excel.

Instead of using tables, Numbers provides the users with a blank canvas. It gives you freedom in choosing fonts as well as style cell borders. There are as many as 30 templates to choose from. A screenshot given below gives an idea regarding that 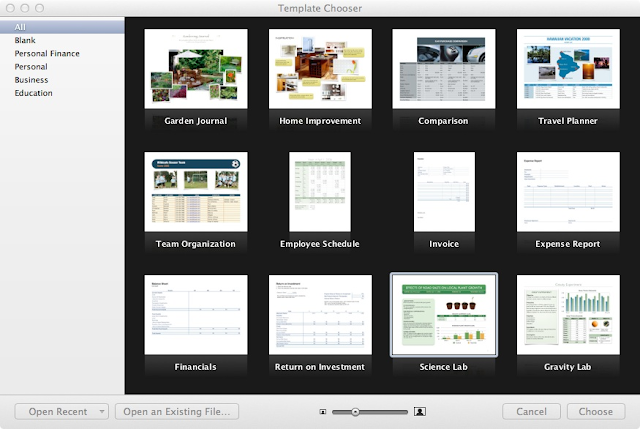 3. Functions
Features like formulas, functions, charts and smartArt etc. which make Excel so productive are present in Numbers. However, the functions library of Numbers isn’t as rich as MS Excel.
4. Chart Quality
At the same time, though, the quality of charts prepared on Numbers is a notch higher than its Windows counterpart.
5. Application

But the main difference between them lies in their application. MS Excel is more business oriented and needs more refined approach. Numbers, on the other hand, caters more to casual or home users who have less complicated tasks to do on it.

The next article will be dealing with the keyboard shortcuts in Numbers.

0 Responses on Numbers – The Spreadsheet Application of Apple Mac"